Eugenics and Statistics, Discussing Karl Pearson and R. A. Fisher 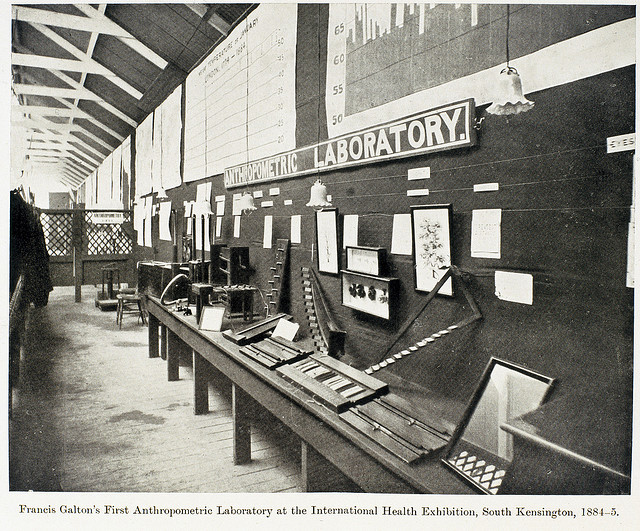 It is impossible to see the need to decolonize without knowing history; likewise, it is impossible to see how to decolonize without understanding history. This is not an easy history to bear but, as statisticians, it is an important one. In my own journey towards higher decolonial thinking it is important to remind myself that knowledge is power, and that the sciences have a lot to gain by keeping people ignorant. Only by systematically uncovering and problematizing what has been buried and normalized by generations of patriarchal white scientists can we begin to move towards decolonization. One last note, I have attached lots of links to books and articles I read while writing this piece, and while the primary sources are very violent, they are also worth a read.

All throughout my undergraduate career in the Statistical Sciences department at the University of Cape Town, I was bombarded with the names Fisher and Pearson. Any mathematical statistics student will undoubtedly be taught about the F-distribution, Fisher information, Fisher’s method of scoring, Fisher’s sufficient statistic, Fisher’s linear discriminant analysis and that it was Fisher who popularized the use of the t-distribution and Analysis of Variance. Similarly we learned about Pearson’s rho (correlation coefficient), Pearson’s chi-squared test, Pearson’s method of moments and no one could forget that Pearson is credited with developing the histogram, P-values and even my own area of research, Principal component analysis. These are the gods of statistics. Geniuses. Men from a different age. These men were true scientists and without them, we wouldn’t be here. Or at least, this is the picture we are fed from university classes and even from a cursory Google search (i.e. Wikipedia).

Never mind that this picture perpetuates a Eurocentric patriarchal ideal of the perfect scientist as a post-renaissance European white man (a dangerous image which only a select few can feel comfortable being compared to or inspired by), this also implicitly validates their character as being worthy of looking up to and emulating. They are statistics role models, just as Einstein is for physics and Darwin is for evolutionary biology; and while role models are obviously valuable, it is worth being critical to understand who is being supported and inspired by their image, and what is implicitly being normalized through putting them on a pedestal.

Firstly, all of these examples are cis-gendered, straight, white European men, so are dubious role models to hold onto in a decolonized science, regardless of their scientific contributions. In the case of Pearson and Fisher, however, the idea of putting them on a pedestal as role models becomes even more absurd because of their contributions to eugenics, their white supremacist views and their advocacy for the most brutal kind of settler colonialism. This is the history that we are not taught when performing significance tests in first year statistics.

Karl Pearson studied mathematics at Cambridge before joining the applied mathematics department at University College London. He was appointed the first Eugenics Chair at the University, and later became head of the newly created Department of Eugenics Science. This formed the first serious melding between statistics and eugenics at an academic institution.

In “The Scope and Importance to the State of National Eugenics,” Pearson wrote that “human sympathy” for people with genetic “defects” (ie having mental illness, or being disabled) is undesirable. He said sympathy is an artificial process that goes against the principles of evolution and results in a decrease in the genetic fitness of society as a whole. Thus it is a waste to expend resources on people who are genetically inferior, when these resources could be used to improve people of “good stock.”

He was convinced of the genetic superiority of Anglo-Nordic races because harsh living conditions had “sped up” the process of natural selection so that the European natives were more highly evolved than people living in warmer climates. He welcomed any scientific achievement which allowed Great Britain to further its colonial domination of the rest of the world because his view was that colonialism was a positive and necessary implication of European superiority over the inferior races of the world. In fact, he wrote in “The Grammar of Science” that European settler colonialists were benefiting all of mankind by taking land from “dark-skinned tribes” because they didn’t know how to use it efficiently. These views are the direct ancestors of the colonialist apologizing that still exist today. (Think, “…but colonialism wasn’t all bad, what about all the infrastructure?”)

Ronald A. Fisher came from a similar academic background, also studying mathematics at Cambridge. By the age of 20 had become involved in the Cambridge Eugenics Society. In 1933 he became professor of the Eugenics department at University College London.

His expansion and re-interpretation of Darwin’s theory of natural selection, published by Oxford University in 1930 called “The Genetical Theory of Natural Selection,” devotes three chapters to his endorsements of colonialism, white supremacy and eugenics (what Wikipedia insensitively dubs “Fisher’s more idiosyncratic views”).

In it, he wrote that civilizations fail because people of “low genetic value” (read black and brown people) have more children than people with “high genetic value” (read white Europeans) and said that this was already happening in Great Britain. He recommended that if inferior races are continually allowed to immigrate to England, caps should be put on their fertility. He also stated that if through war (or colonialism) “tribes” with lower genetic worth are exterminated then the average genetic value of mankind increases. This is a chilling statement to read, especially coming from a statistician, because such a calculation of average “genetic worth” will always be subjective, since the concept doesn’t exist.

His and Pearson’s views were justified with twisted uses of statistics and whole techniques were developed to suit their goals of division (think Discriminant Analysis). For example, Fisher’s analysis of the 1911 census, he found a high correlation between intergenerational fertility rates and a strong negative correlation between income and number of children. From this he concluded that fertility rates are genetic, and that genes for low fertility are related to hard work and intelligence.

In Pearson’s “Annals of Eugenics” he had to pick and choose measures of genetic inferiority to ensure that his conclusion that Jews are an inferior race would be satisfied. This was difficult because initially he had measured income and saving as proxies for genetic superiority, but after the Jews in his study exhibited higher average income and saving, he had to change his interpretation of that variable to be a negative trait.

With a basic understanding of statistics and a bit of common sense anyone can confidently dismiss these racist, colonial and ableist interpretations. Correlation doesn’t imply causation unless you already believe what you are trying to prove. Modifying data or measurement metrics to suit your conclusions is bad statistics. So therefore, even if Pearson and Fisher contributed techniques for analyzing data, their personal research was flawed by their own moral failings. Thus doesn’t it make sense to teach their techniques, but not their politics? Shouldn’t that the end of the story?

Going back to my own experience of undergraduate statistics, I don’t think that conclusion represents enough deep digging into the colonized nature of the discipline. Since this post already very long, I will save my interpretation of what this history means for a decolonized statistics for the next post.